All of us are dead explained

According to the director, All Of Us Are Dead is a story that takes place in a small town where there is a weird kid in school having the zombie virus. This zombie menace is the fall of an entire town where everyone tries to survive.

The movie setting is perfect as teenagers are seen enclosed in a school and they have to survive on their own. They are running away from their friends who have turned into zombies and this makes the show fresh and interesting.

All of us are dead review

There are different tools that have been incorporated in the making of the show for a fun experience even to those who don’t love or enjoy zombie movies. The school environment is made bright and animated at first as lighting and colours for all scenes are thoroughly thought through.

For the intention to be relayed perfectly, they build a set 100metres long for it to seem like a four-story school. There is a red blood contrast against their green uniforms to show the intensity of the movie.

Realness is a character that is highly enhanced through the students and what they go through thus the actors have to take one take so many times and long takes in the beginning. Rehearsing was key for the show and finally, the actors got it perfectly.

The zombie students were couched on zombie choreography and the collaboration paid off quite well. And through this, the zombie movements were created which were perfectly articulated by the actors.

Why new faces on All of us are dead series

New faces unfamiliar to the audience were needed for the roles to make them as real and as interesting as possible. After the casting of the actors, there is a workshop held where the kids bond and reverse roles when reading the script. The purpose is to help them understand other roles and also create chemistry among all actors.

One of the actors, On-jo, is a narrator and a protagonist but an ordinary kid. Through the zombie catastrophe, she is able to grow more and becomes a reflection of how everyone thinks and feels. Cheong-sam is a slow student and can be seen through. His character is important so as to show those sides of him.

All of us are dead cast 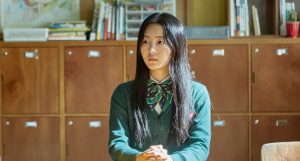 Nam-ra is seen to be overprotective of herself and her character is built based on the stipulation. Su-hyeok is a character who does not head social judgment but his own feelings. Dae-su on the other hand is true to his senses and usually excited about everything.

Na-yeon is mostly always isolated but with so much in her thoughts. Being alone all the time wounds her deeply emotionally. Gwi-nam is quite a superficial and obvious villain in the movie. 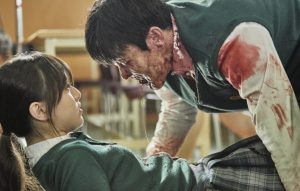 All of us are dead director aspect and production crew

The show is enriched with various sound effects to make it more intense as it deals with zombies. The director urges viewers to watch the movie on high volume and dimmed lights so as to enjoy it more. He says that the more you watch it, the more new fun and fresh experiences you get.

The crew and actors had such an intense and unforgettable experience while filming the movie which will last forever. The viewers will also have major fun and experience watching the show. As we wait for season 2, that is all we have concerning All of us are dead review. Keep it here for more updates.