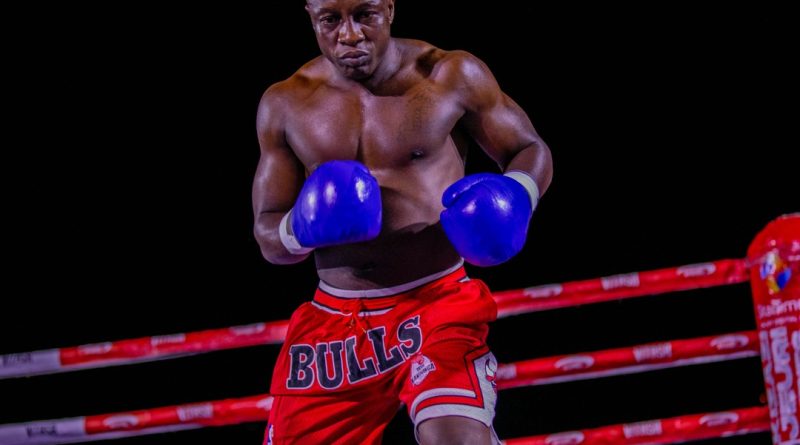 Mandonga is a Tanzanian boxer better known as Mtu Kazi. He declares himself to be the King of Boxing in East Africa. Most Kenyans became acquainted with him after he was scheduled to fight a Kenyan. Many Kenyans and Tanzanians are looking forward to the fight between Mandonga and Wanyonyi. There are a lot of details about Mandonga Biography, Age, Boxing Career, and family which will be discussed here

Mandonga is anticipated to be 44 years old in 2023. The champion, whose real name is Karim H said, was born in Tanzania. In Tanzania, a region called Mkundi is home to the Mandonga people. He began his career in 2015 and has continued to compete in boxing to this day.

Mandonga is known to boost himself whether he wins or loses, and he enjoys discussing his opponent’s weaknesses before and after each match. Many Tanzanian musicians have recorded songs praising him, making him feel like a King. Belle 9 is one of the famous musicians who have recorded a song titled Mandonga that praises him. According to some experts, Mandonga is not considered to be in the Top ten of the best boxers in East Africa

Salim Abeid was the opponent for Mandonga’s most recent challenge; the latter showed enormous growth as he took control of the bout right away. His breakthrough happened after a video of him bragging about how he would defeat his adversary leaked following a knockout. Mandonga’s trademark moves include running while carrying large logs and pounding trees with his bare hands to terrify his opponents.

Mandonga fight with a Kenyan boxer

Some Tanzanians are warning Mondonga about his upcoming boxing match with a Kenyan. They believe Kenyans are good at boxing, and Mandonga is only good at bragging about his abilities online and in the media. Mandonga should be extremely cautious about his upcoming fight, or he may end up being the loser of the century.

That’s all we have about Karim Mandonga Biography, we will keep on updating our information as soon we have it