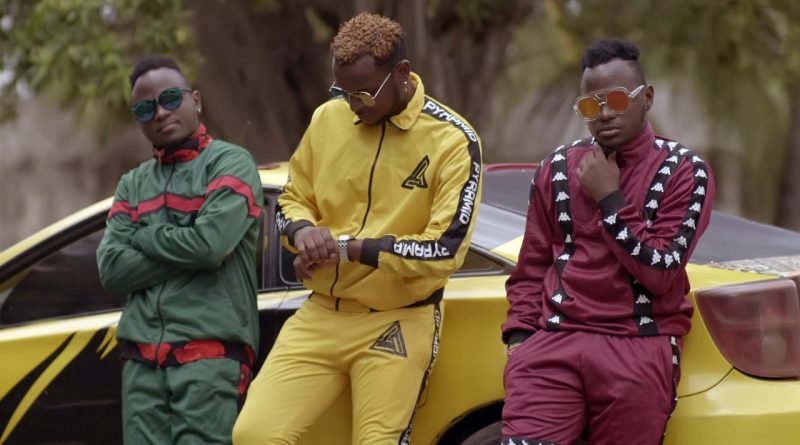 Many people favour operating a business as a family. This frequently prevents them from losing resources because they believe that family members will protect everything that is theirs. Family-owned enterprises tend to be quite prosperous.

Family members may also run a music business. Wahu and Nameless, who are now succeeding well, are fantastic examples. We can’t forget about Nadia Mukami and Arrow Bwoy, the new couple in town who are also in the music business.

Meet the Neica music group from the coast; despite their short time in the music industry, they appear to be very successful. Neica is made up of three talented brothers who recently released “Contigo,” a collaboration with Adasa.

When they were younger, their mother encouraged them to join church choirs and even bought them harmonicas. They discovered their interest in music when they were six years old and joined a dance group. The trio includes; Brian, Kelvis and Elvis.

Brian was born on May 7th and prefers to keep his birth year private. He is the oldest member of this group and appears to be making significant contributions both musically and financially. Brian attended Kwale High School and was a member of the Drama and Music clubs. He attended university after finishing his secondary education and majored in Social Sciences.

They are twins who look so similar that distinguishing them can be difficult, especially if you’re meeting them for the first time. They were born on the 27th of August on the island of Lamu.

Despite their involvement in school drama and church choirs, their music career began in 2015, when they recorded their first song. In order to hone their skills, Neica joined RedFourth Chorus, founded by Philip Tuju alias Filah, and Mombasa Chorals in 2017.

Their Music breakthrough came with the release of their song “Nakupenda.” This song received massive airplay in Kenya and Tanzania. Guy G Media, one of Kenya’s best film directors, directed and shot “Nakupenda” video. Later, Neica collaborated with Sipangwingwi hitmaker Exray Taniua and Vj Chris on a song produced by Teknixx and mixed and mastered by Vicky Pon Dis.

Contigo, their current single featuring Adasa, was inspired by Angie Martinez’s “If I Could Go.” It was produced by Teknixx and mixed and mastered by Tanzanian The Mix Killer. Mix Killer has worked with major artists such as Harmonize, Marioo, Mr. Eazi, and Sho Madjozi, to name a few. That is all we got for you concerning Neica Biography, Family and Music Career, keep it here for more updates.