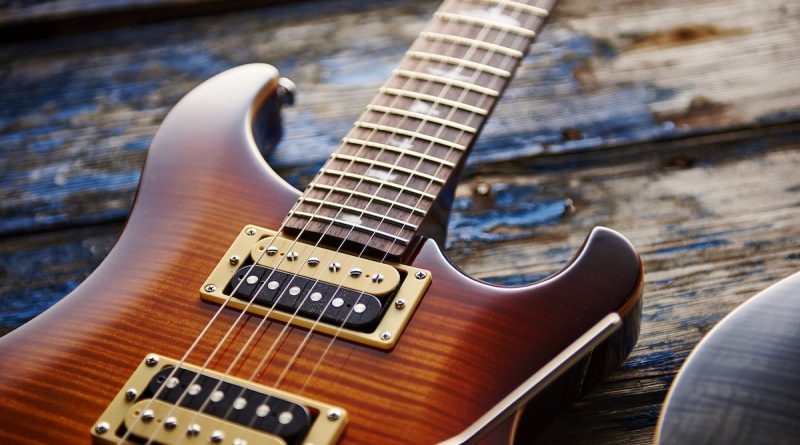 For an electric guitar to be heard at a typical performance volume, unlike a standard acoustic guitar, it has to be amplified externally. One or more pickups need to be used to convert the vibration of the strings to electrical signals which are then played by loudspeakers as sound.

The electric guitar is mostly used in pop music for different purposes like a rhythm guitar which provides the chord sequences and setting the beat, and also the lead guitar which produces instrumental melody lines and solos.

When shopping for electric guitar strings, you should consider several factors which may include but are not limited to; the sound character and tone needed to be achieved, your music genre and playing style as well as how often you usually play the guitar.

All these factors should be put into place by checking other considerations on what type of guitar string one is interested in. They include:

Round wound: this is the most common type of winding as it produces more sustain and attack. It also has a more noticeable ridged texture.
Flat wound: has a very smooth touch with a flat, dark tone which is less responsive to picking dynamics. These kinds of strings are popular with people who play jazz and blues music.

Half wound: they have a smooth texture with a darker tone and have fewer attacks compared to the round wound electric strings.

The guitar strings usually bring out the best in any player. Most electric guitars usually have six metal strings that are different in the thickness or gauge used.

Some guitar strings have unique features that make them more desirable such as; been sweat resistance, brighter sound or drop tunings. Therefore, thorough research is needed before making a purchase of these electric guitars.

Guitar strings are made from nickel, steel or coated materials. The steel strings are usually more bright and punchy and are mostly used for modern musical styles. They may need EQ fiddling so they may not produce excess brittle sounds.

Coated strings mostly are usually covered in indistinguishable thin layers of polymer. This is to help increase the durability of the strings and thus is able to retain clarity more than a regular set of strings.

Nickel material is the most commonly used in making guitar strings due to its rich body and warmth. It is mostly suited for the blues style and rhythm playing in how the frequencies all blend into a mix.

Gauge is how thick or thin a guitar string is. The strings usually get thinner as you ascend and the thickest is used for the lowest notes. Thinner strings, on the other hand, are used for higher frequencies. Thicker strings are naturally made to produce bass frequencies, due to their thickness.

Thin strings are considered best for guitar beginners as they do not really require much finger strength for fretting. They are also easy to bend as they do not hold much tension like the thick strings.

Medium strings: these strings are best for jazz, blues, rock and metal music genres as they provide enough thickness to produce a chunky rhythm sound.

Thick strings: most blues and metal players usually play the heavier gauges as they can be tuned to lower tunes without necessarily becoming floppy. Thick strings are more difficult to pick since the picking hand is made to cover more ground.

Hybrid strings: they are formed by putting together different standard packs. Lower strings usually maintain the strength for riffling and the lighter strings are more flexible for soloing.