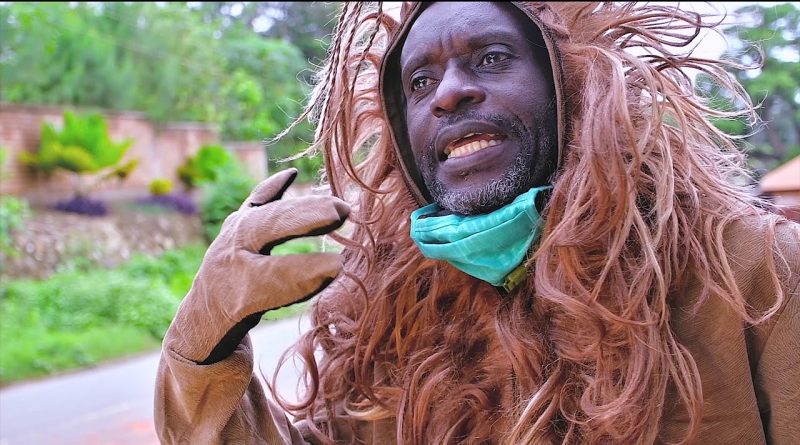 He has been in the journalism industry for many years and an actor who was a favourite on the Kenyan screen for over a decade before a mass retrenchment that saw him pack his bags and go back home. He has officially made a debut on our screens after securing the “Babu” role in the Sultana Citizen TV show. Keep it here because we are going to tackle more on Lolani Kalu Biography, education and relationship.

Lolani Kalu hails from Kilifi County in Kenya’s coastal region. He grew up in Kilifi with his family and began his schooling there. As of 2022, Lolani is 57 years old. He lives with his mother who is now 82 years old

His career as a journalist started in the 1990s, when he was doing narratives for stations, a few skits as a talented actor, and creating stories and pieces as a poet. Lolani is an accomplished writer who employs his talent to create content that was a must-see during his moment on television as a journalist.

He started at NTV in 1999. Lolani concentrated as a reporter on stories for NTV and rose through the ranks to become one of the station’s top journalists. He is best known for creating the documentary ‘Malimwengu na Lolani Kalu,’ which focused on highlighting indigenous arts skills such as music, painting, poetry, and even dancing. Lolani was instrumental in facilitating local content and increasing public interest.

Lolani Kalu who is now aged 56, lives in Kilifi County. At Kilifi, Lolani Kalu takes to care of his sick mother. At the moment we don’t have enough details on whether or not he is married and whether or not he has children is currently unavailable and has yet to be revealed to the public.

During a recent visit to Lolani Kalu’s home, he took the opportunity to ask Kenyan well-wishers to financially support him because he was going through a difficult time at home. He asked citizens to help him buy equipment to help him produce his content, such as a voice recorder and a computer.
To that end, he provided his mobile phone number in order to support his initiative and make ends meet at home.

He is one of the main characters in Sultana, one of the local programs which airs on Citizen Tv, Monday to Friday. Before Joining Sultana which is produced by Lulu Hassan, Lolani Kalu was a minor actor at Pete Series which is aired at Maisha Magic East and Maisha Magic Plus.

That is all we have at the moment concerning Lolani Kalu Biography. Keep it here for more updates