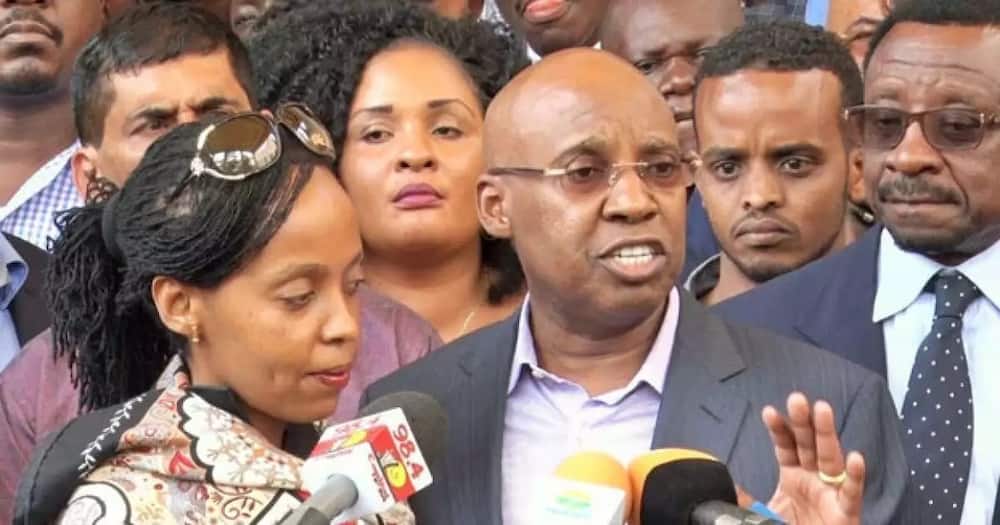 Jimmy Wanjigi is among the most secretive Kenyans who have consistently led a centred and controlled lifestyle from the public eye. He came into the open media shortly after the death of a business tycoon, Jacob Juma, which dragged his name into assumptions that he is part of a cult. Jimmy Wanjigi has been a financier of different political parties, the biggest being the NASA Coalition. In this article, we will give you an overview of Jimmy Wanjigi Biography and the following areas about Jimmy Wanjigi;

Born in 1962, Jimmy is a renowned businessman based in Nairobi City. His full name is Jimi Richard Wanjigi, who has taken a keen interest in Kenyan politics; he was among the great financiers of the NASA party during the 2017 elections in Kenya.

If you have interacted or watched his lifestyle closely, you will agree that he is well centred and has significant global connections. Jimmy is from a wealthy family; he studied at St. Mary’s School, one of the best private schools in Nairobi. He later attended the University of York in Canada, but he left the school before he could graduate. He came back to Nairobi to work at his father’s company in the Westlands area of Nairobi.

Jimmy Wanjigi’s wealth and net worth

Jimmy was listed to be among the top 40 wealthiest people in Africa. He is estimated to be worth over Kshs. 50 billion, and his wealth keeps growing over the days.

The property and house of Jimmy Wanjigi

Jimmy Wanjigi has secured massive property spread out from businesses, real estate, and buildings. He has a tightly secured home in Muthaiga. He has a very tight bunker that has challenged even the Kenyan police as they tried breaking into his home. From the trending video on social media, it is seen that as some police were questioning the whereabouts of Jimmy Wanjigi, others could be seen struggling to identify the bunker, which can be anywhere around the house. It is evident that Jimmy has not taken his home security lightly.
Jimmy moves around in his personal V8 machine that is armoured. The car is estimated to be worth Kshs. Eight million and has survived several damages and explosives.

When Jimmy Wanjigi came to light after the police hunted him down after the death of Jacob Juma, a trending photo of him and his wife, who has been supporting him, was a highlight for months. Irene Nzisa, who owns Kwacha House, an art gallery owned by Jimmy Wanjigi, is the dear wife to the business tycoon. The two have two children together who study in Switzerland at a private facility, the Institut Le Rosey.

Is Jimmy Wanjigi a member of the Illuminati

Rumours spread like fire on grassland, and the story about Jimmy being involved in a cult has spread equally. The 55-year-old billionaire has made people assume he is involved in a cult due to his wild sources of wealth and properties.

A good number of people have questioned his strange ways of making money for the past fifteen years. He has been in close alliance with Raila Odinga and supported his political agendas. He has invested in Kenya, but he has spread out his wealth and properties across different continents. Apart from the massive London’s Park Lane at Muthaiga. He has other investments in Zurich and Dubai.

Following a threat Jimmy issued without specifications and the suspicion around the death of Jacob Juma, the US embassy barred him from entering the US. He has had very crooked ways of staying in power by paying off witnesses and officers of investigations like the case of Edgar Hoover, a former director of the FBI. Jimmy has been a driving force of the NASA coalition for a while, and his military and political powers have been hugely felt due to his influence and intimidation.

The Fallout of Jimmy Wanjigi and Jubilee Party

The businessman expressed his desire to run for President of Kenya in 2022. He has since then acquired approvals and is running campaigns as an individual towards the 2022 general elections. That’s all we have for now concerning jimmy wanjigi biography. keep it here for more updates