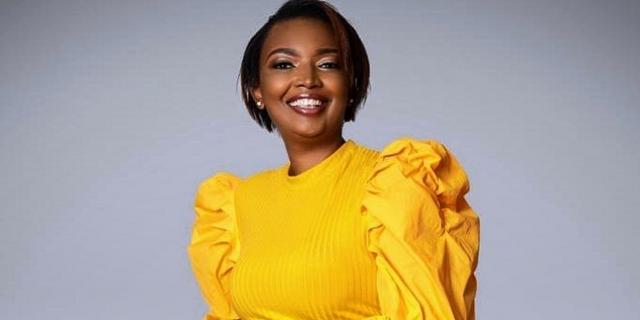 This lady is quickly becoming the queen of drama. She was recently caught on camera interrupting a Samidoh concert in Dubai. Karen Nyamu was seen attempting to sit on Samidoh’s lap in front of his wife Edday Nderitu while Samidoh was having a good time with his wife. Karen Nyamu has a child with Samidoh, which could explain why she is causing all of this drama. When questioned about it, Karen Nyamu blamed it on alcohol. This and other topics will be discussed, and you will learn more about Karen Nyamu Biography.

Karen Nyamu’s drama was not the only one. Karen Nyamu was also caught on camera interrupting Karangu Muraya, another Kenyan musician. Nyamu entered the stage where Karangu was dancing, disrupting the entire scene. Karangu Muraya security was forced to come to Karen Nyamu’s aid, and she was returned to her seat.

Karen is the mother of two kids, a boy with Samidoh and a girl (4 years old) with her ex. On social media, Karen Nyamu keeps posting images of her first child’s father. Kelvin is the name of her baby’s father; nothing is known about him but he is a DJ. Her most recent Instagram post, in which she wished her daughter’s father a happy Father’s Day, drew criticism.

In the year 2019, while Samidoh was presenting at a political gathering, Karen first met him. Karen continued by saying that Samidoh’s lack of a wedding band initially made her unaware that he was married. She first became aware of Samidoh’s wife through a friend in politics.

In the Samidoh’s wife drama, Karen said that she does not battle Samidoh’s wife since she is so helpful, has even assisted her in registering a business, and is eager to help her obtain tenders. Samidoh didn’t recognize Karen’s son, which led to a public argument between the two of them in late February 2021. She pressed Samidoh to acknowledge her kid, and she got her desire.

Karen Njeri Nyamu, better known by her full name Karen Nyamu, was born in the Dem wa Mtaa section of Eastlands, Nairobi. Because we are unaware of Karen Nyamu’s exact birthdate, we are unable to determine her age. However, it is still believed that she is in her 30s.

Her family and early years are not well known. She once said that she was the “black sheep” of her family because of how rebellious she was.

Karen Nyamu owns her own law firm, and for those who don’t know, she is a professional lawyer. She is also a senator for the UDA party, Kenya’s ruling party led by William Ruto.

With all of these titles, you’d think she’d be a little richer. Karen Nyamu’s net worth is estimated to be between $2 and $5 million. Her income comes from her work as a lawyer and politician. Karen Nyamu’s earnings from both endeavors are unknown.

That is all we have for now concerning Karen Nyamu Biography, keep it here for more information