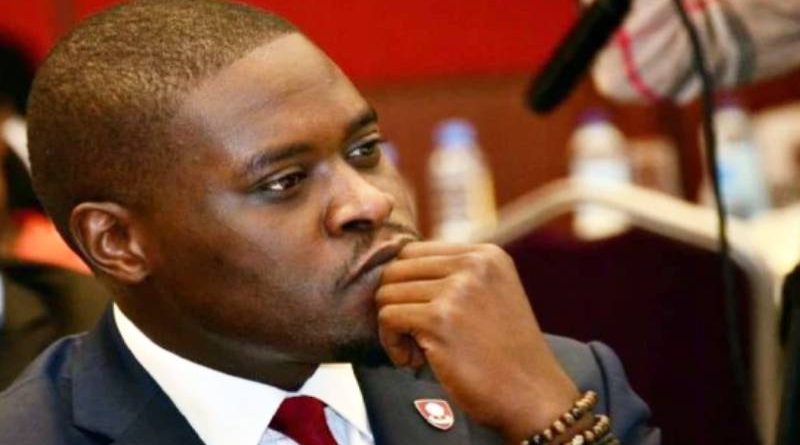 Johnson Sakaja is one of the politicians who is suffering as a result of his degree being revoked. Sakaja was supposed to be one of the candidates eyeing the Nairobi gubernatorial seat. Sakaja has been a senator in Nairobi for the past ten years. Keep reading to learn more about Johnson Sakaja Biography, Degree, Age, Relationship, and Educational Background.

In 2022, Johnson Sakaja will be 37 years old. On February 2, 1985, he was born in Nairobi, Kenya, in the then-government quarters of Parklands. Sakaja is a member of Kenya’s Kalenjin community’s Sabaot sub-tribe. He gets to celebrate his birthday every year on February 2nd.

Johnson Sakaja Degree has become a buzzword in the community. He has yet to be included on the ballot paper for the next elections.
Sakaja attended the Aga Khan Nursery and Primary School from 1988 until 1998.

In 1999, he began secondary school at Lenana School. During this time, his leadership talents began to shine through. He went on to become the prefects’ coordinator and vice chairman of the legal society.

During his fourth year of university, Arthur Johnson Consultants, a financial consulting firm, was founded. We are now waiting for the law to determine whether the Sakaja papers whether they are legit. The Sakaja clearance is in the hand of IEBC

Johnson Sakaja is blessed with a beautiful wife and two sons. In late 2017, shortly before the KCSE examinations, he first saw his wife and sons in public when the family attended a prayer day at Moi Girls High School and Lenana School. Sakaja is a loving spouse and parent who cherishes his time with his loved ones.

The current net worth of Johnson Sakaja is estimated to be approximately $1.5 million. He is a businessman who invests extensively in his initiatives and businesses, in addition to earning a prestigious salary as the Senator of Nairobi. He is the owner and CEO of Arthur Johnson Consultants.

He began his political career while still in school. Johnson Sakaja, like Babu Owino Johnson, was chosen vice-chair of the Actuarial Students Association during his undergraduate days. Johnson Sakaja was named Chairman of the Nairobi University Student Organization after some time.

When he joined Kibaki’s team as the driver for the 2007 elections, this paved the road for him to enter national politics. Later, he became the director of the Vijana na Kibaki lobbying group. For the presidential secretariat, he seized the lead in tallying votes.

The T.N.A party, which is now part of the current Jubilee coalition, then nominated Johnson Sakaja for Parliament. He was elected to the House of Commons as a nominated Member of Parliament. In Kenya’s general elections on August 8, 2017, he was elected as a senator for Nairobi County.

That is all the information we have for now concerning Johnson Sakaja Biography, Degree, age, relationship and Education. keep it here for more