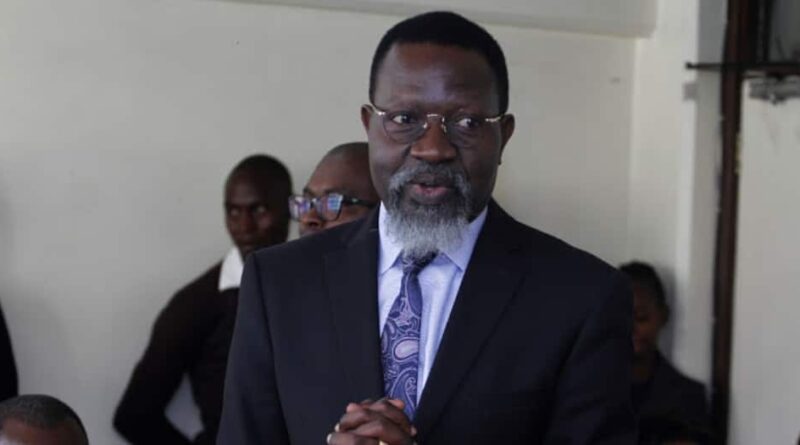 George Wajackoyah, one of Kenya’s presidential candidates, has been trending in recent months. After being cleared to run in Kenya’s upcoming elections, George Wajackoyah has stunned Kenyans with his unique manifesto. If elected as Kenya’s next president, Wajackoyah has pledged to pay off the country’s debts within the first 100 days. His plan is to start snake farming as well as “Bang” farming for international sales. Continue reading to learn more about Prof. George Wajackoyah Biography, education and family.

He was fortunate one day after moving to the street when a well-wisher decided to pay his school fees, and he enrolled in St Peters’ Mumias Boys High School for his O level. The Late Kamotho also assisted him in paying his school fees, according to his most recent interview.

After finishing his studies, Professor George Wajackoyah joined the police academy. He joined the Kenya police force and advanced to the rank of inspector. George Wajackoyah didn’t work as an inspector for a long time. He did resign from the military and relocate to the United Kingdom in 1990.

And you’re incorrect if you assume this educated man has never worked with a renowned Kenyan. Following the death of late Foreign Affairs Minister Robert Ouko on February 12, 1990, George Wajackoyah was tasked with gathering intelligence. However, the probe led to his arrest, confinement, and torture.

George was rescued and taken to the United Kingdom, where he began his exile life. He studied law and dug graves to raise income during his time in the United Kingdom. His professional career did not end there.

That is all we have for now concerning Prof. George Wajackoyah Biography, education and family, keep it here for more updates.